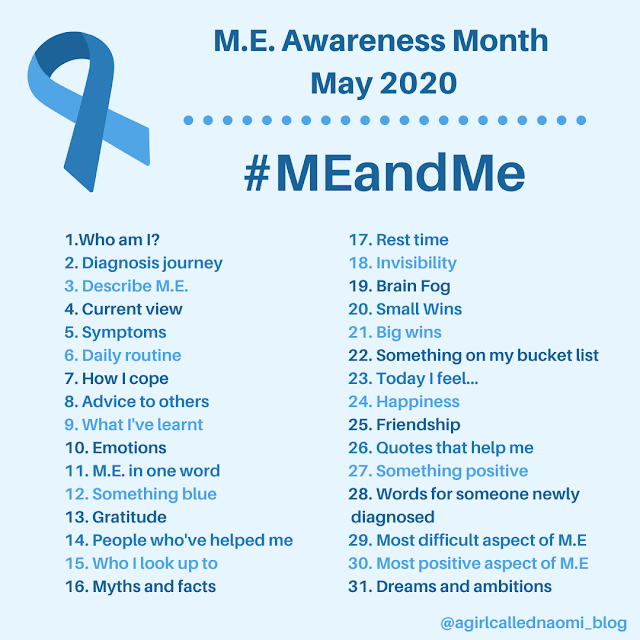 Resting is a really important aspect for me in managing my M.E and regular rest periods are built into my daily plan which was a tool I was given in rehab.
Rest could range from contemplation (a practise of my faith), mindfulness - I particularly enjoy colour mindfulness; this is my favourite one which I do most days, listen to a podcast/audiobook or just lay in the quiet. Occasionally I will have a nap if my body just simply can't carry on.

Even though resting doesn't replenish my energy levels it gives me pauses in the day and they help me to keep going; not just physically but emotionally and cognitively too.

M.E is an invisible illness; my symptoms can't bee seen so it can be hard for people to understand what I'm going through which can be upsetting and frustrating especially with the unpredictable nature of M.E.

People may get annoyed when I quickly forget something but they don't see that my M.E causes cognitive disfunction for example. Pain and fatigue also can't be seen but I would like people to spend a day in my body with all the symptoms I have so they can understand a little better at how it is for me not just physically but also to have an invisible illness.

There are elements that can be seen like my wheelchair, crutches, home aids or disabled parking Blue Badge but these only come as a result of my invisible symptoms and they don't show what's going on in my body and people don't always understand for example when they see me get out the car and walk a few steps into my wheelchair.

There is also the #MillionsMissing campaign by M.E Action which gives a voice to the millions of people world wide missing from society, from family gatherings, religious event, meet up with friends and more because they are too unwell as a result of M.E. 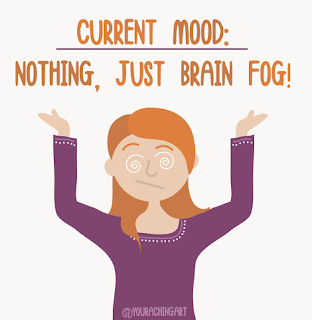 Brain fog is the term many people with M.E use to describe the cognitive dysfunction aspect of the condition.

Brain fog is really difficult to describe an explain without experiencing it for yourself. The best way to try and describe it it's like your brain has been filled with treacle so things like your speech, thoughts, co-ordination and other processes are all going in slow motion.

Another good way to describe brain fog is like someone is throwing a ball at you; you know it is coming your way and it's going to hit you. You're looking at the ball and the person throwing it but you don't realise any of this until the ball has hit you.

🌟 Showering/washing my hair
🌟 Leaving the house
🌟 Doing an online Foundation Art course
🌟 My rehab stay, it was though but I didn't give up (even though there where times when I was ready to pack up and g home)

One big thing I want to do again that's on my bucket list is to dance. I'd also like to  go back to University and get back doing my voluntary work.

I've been listening to a mindfulness meditation series on Headspace about self-compassion. In each meditation the narrator gets you to r...