My friend Ruth once said: "Your life is like a piece of cake and you have ten portions, but only one of those portions is your health".

For a while now I've seen a trend on people's bio's on social media whereby they list what illnesses they have right down to the mundane and it's almost become a big competition as to who has the longest list. In the new year when I was going through my Facebook account and deleting all the groups I'd joined (and a lot I didn't know that I had joined) I saw a comment from a person who was in the same few groups as me to do with non-epileptic seizures and FND (Functional Neurological Disorder) and on each group this person had posted the number of seizures they'd had in 2019 and then people where replying with the number of seizures they'd had that year. I sort of feel sad that people feel the need to publicly share the number of seizures they'd had or to list their illnesses and create so many posts about being ill. Sure the odd one is fine as it's part of your daily life but sometimes I feel that some posts where unnecessary to make and I look of some accounts of people who have requested to follow me and so many posts are about their health or even if it's not they still hashtag their illnesses.

Instead of being in competition with each other we should be supporting each other and living with health problems isn't easy and it can be very lonely and challenging.

Anyway I can empathise with the chronic illness community, after all I am part of that community. When you're chronically ill looking after yourself and managing your health as best you can it can almost become a full time job and your identity as it feels as though that's all you have in your life to talk about and you can lose yourself and forget who you are. 24/7 you deal with symptoms, you attend medical appointments and go through many tests etc and often it can take a while to find out what is wrong with you which in itself is extremely difficult. Plus when you have an invisible illness as people can't visibly see what you're struggling with which is another extremely difficult challenge.

Because your chronic health becomes your full-time job you often have to put aside the other nine portions of who you are, or your health does. You may loose the ability to engage in hobbies, or you may not be well enough to go out with friends, or you symptoms may be so prevalent it can be hard to function or you get frustrated that you can't do the things you once used to be able to do and so much more. Your health can start to feel like it's your identity as it's all you have in your life and it can be isolating and all consuming. Then people go online and join chronic illness group for support and mutuality which can either be positive or it can become toxic. But those groups perpetuate that illness identity and before you know it your health becomes your identity and it's all you feel you have in your life and it's all you have to post about online and talk about as you spend all day living with your ill health and talking about it online. I'm not saying this is wrong, I've found it helpful to have friends who are also dealing with health problems and it's nice to have someone there who just 'gets it' but it's important to find other things other than health problems to talk about.

I think it's important to share this with the chronic illness community. To let them know that there is so much more to who they are than just a list of illness. I feel health professionals need to approach care more holistically. Far too often the medical model is used which solely focus on the illness but with the social model other aspects alongside the physical aspects of the person are explored: social, emotional, spiritual, cultural for example. I feel by doing this it helps the person to know that there is more to them than just their illness and to explore ways of how they can embrace all 10 portions of who they are and I feel that this will be essential to a person's wellbeing.

As you may have noticed with the re-naming of my blog and YouTube channel I'm trying hard to now focus on those other nine potions of who I am. I acknowledge that the health portion is still there and I have to deal with it 24/7 and I will still talk about it but I'm starting to learn that that one health portion is not all of who I am and there are lots of other things I can focus my life on and write and talk about.

What I'm trying to say is that chronic illness doesn't have to become you're identity but it can take time and help from others. 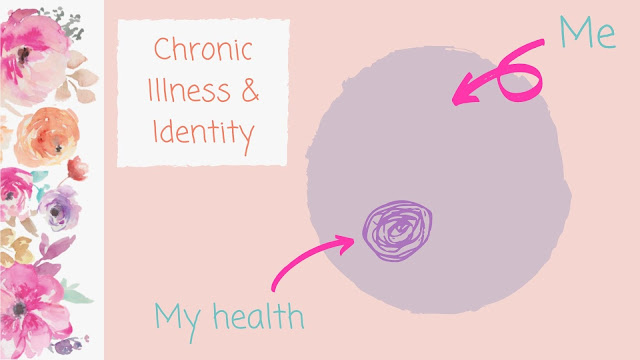 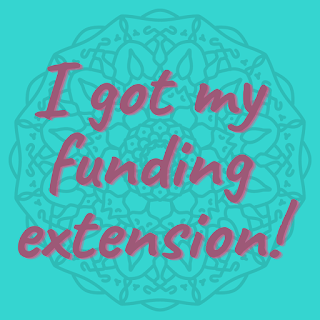 So it's been a while since I shared an update on how things are going (and I can't believe that it's February already!)

If you didn't read my post from last year we managed to get funding from my local funding body, the CCG or Clinical Commissioning Group, so we got another 8 weeks for me to stay on here and my discharge at present is set for the beginning of March.

Things are a bit same old. It's still quite challenging physically and emotionally and some day/weeks are more difficult than others. The latter so at present.

I'm anxious about discharge as for so long I've struggled to get the support I need and then I come here for quite a long time with 24 hour care and support and extensive work with all the different people and I'm worried about losing that and going back home to nothing but the staff have reassured me that that won't be the case.

Even though it's been a tough I'm making good progress and I'm doing things that I never imagined I'd be able to do again and I hope that continues at home so that I can hopefully do voluntary work and go back to University etc.

There are still some things that I'm finding hard. The first one is that my symptoms are still present and as I do they can flare up more. Staff say that sometimes that symptoms can be the last thing to ease and I hope that will happen, especially my difficulties with sleep pain, incontinence, migraines, non-epileptic seizures as well as my cognitive function, but some of those have started to ease off.

My daily plan helps me with pacing giving me periods of rest and activity which we review weekly.

Last week we took a trip home for the day to do an assessment. I went with my physio, occupational therapist and key nurse. It was a productive but exhausting day but having a cuddle with Flop was the highlight.

My occupational therapist has been looking at voluntary things I can do back at home as well as activity groups.

I'll leave it there as I'm aware that I've written quite a bit and I'm needing a break from typing.

Email ThisBlogThis!Share to TwitterShare to FacebookShare to Pinterest
Labels: NICPM

Today is 'Send a Card to a Friend Day' (yes it ridiculous how many odd days their are). But I wanted to use today to share how much letter writing means to me and has helped me.

I've been writing for a few years now and I love it. Being ill I'm not able to do much of your conventional socialising but through letters I've met new people and become good friends with the people I write to and I hope to one day be able to meet those people.

Letter writing is my escape. You can lose yourself in creativity making origami butterflies and word searches and quotes etc to put in letters, learning hand lettering, doing little drawings or finding the perfect wording on a card or postcard to say to the person you're sending it to. It's a wonderful hobby.

Some of my pen pals have health problems too and though we can support each other with that it's nice to focus on the other parts of ourselves like what crafts we've been doing or what we've been watching on TV.

I'd recommend letter writing to anyone. 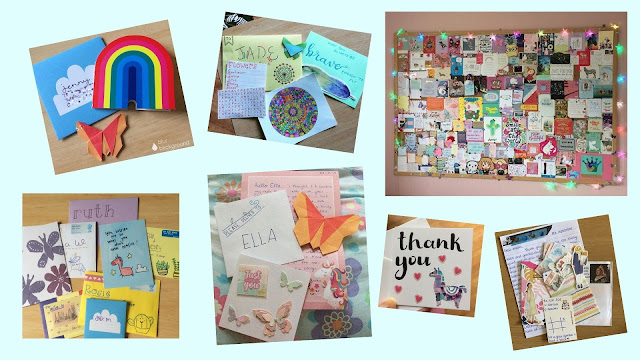 (Image description: pale blue background with a colourful collage of photographs of mail I've sent or received and my notice board which is filled with mail I've received)

Email ThisBlogThis!Share to TwitterShare to FacebookShare to Pinterest
Labels: Activities

So last year I did a project called One Second Every Day.

Each day I captured a one second video clip or photograph of something I did that day. Being housebound and not being well of the summer and coming into hospital in October my life isn't that interesting but looking back it did prompt some positive memories and there are a lot of cute clips of Flop (my guinea pig). And just a note from the intro clip, my life is a lot more interesting than making cups of tea and writing letters!

Looking back I realised how medicalised my life had become. Obviously I can't delete that part of my life (though I wish I could), but this year, 2020, I'm making much more of an effort in lots of ways to reduce the medicalisation of my life and focus on the other parts of who I am such as on social media (such as having a massive declutter on Instagram), on my blog and with this year's One Second Every Day video clips.