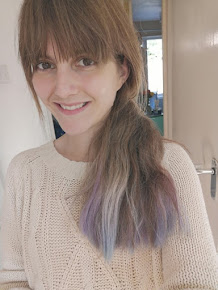 It's Tuesday morning, about 11am. For the third time since 7am, the ache pulsing through the right-hand side of my face has turned into indescribable bolts of agony. Some describe it as electric shocks, but today it feels like someone has flipped an "on" switch, activating searing acid trying to destroy my face from the inside out. My teeth and gums are indistinguishable from my jaw and cheekbone. They're one amalgamated plate of pain. I sit on the floor and grip the hair on the other side of my face, incapable of doing anything except scrunching my eyes and whimpering "ow, ow, ow." One of my dogs tries to comfort me by licking the only exposed skin area he can find: that searing side of my face. It's my breaking point. I call my doctor's surgery to tell them I need an urgent telephone appointment. I'm giving in, relinquishing my quality of life to the side effects of the medication that will help.

To some extent, knowing what's happening to me helps. If you put your palm on your ear and splay your fingers out- pinky under the lip, middle finger towards the nose, thumb above the eyebrow-you've got a rough idea of the three nerve branches in your face. Each branch has a few coming off of it, but that three-pronged nerve is where the "trigeminal" in "Trigeminal Neuralgia" comes from. The "neuralgia" is nerve pain. Often, in TN, there's an impingement on that nerve. It can cause misfiring on one, two, or even all three branches. For those whose MRI shows a reason for their pain, a surgery the decompress the nerve puts you out of action for about two weeks, but in return they're likely to have years free of torturous pain. This is more common in TN type 1, which is usually flashes of pain. In type 2 typically has longer periods of pain, more of a "strong, consistently throbbing face ache." This usually doesn't have an obvious cause that can be surgically rectified. People can have both, and often distinguishing between them isn't quite straightforward.

TN used to be referred to as "the suicide disease" because of the intense pain. It is debilitating and exhausting. Those who have been through kidney stones and pregnancy as well as TN agree that TN is by far worse, and harder to treat. Before vaguely effectivetreatments existed, mary resorted to suicide. When my flare ups were only occasional, I didn't understand. When I became paralysed by pain repeatedly in the day, I understood. Cold wind on my face was a trigger. So was eating on that side of my mouth, brushing my teeth, blowing my nose, and a plethora of other benign things.


But I'm lucky. My dentist recognised the symptoms and didn't recommend pulling any seemingly healthy teeth to try to resolve the issue. Many others have had multiple teeth removed. Nor have I had to argue with my GP about my symptoms being psychosomatic or a migraine. Neurology advised on medication to start prior to my referral. Others waited months for even this. I'm hoping that an obvious physical cause will be found so I can have a long-term intervention instead of dulled pain, nausea, and thrice daily naps courtesy of my current medication.