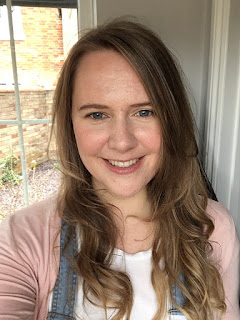 I find it so hard to explain how it feels to have ME/CFS, because it really is unimaginable unless you have it.

Something I think everyone can relate to is having felt ill at least once in your life. Maybe you had the flu. Or a really awful hangover. Perhaps it lasted a few days, or if it was bad, a couple of weeks. Maybe it felt like it was never going to end…

Now imagine that feeling doesn’t go away. Some days it’s in the background, whispering to you, a lingering fatigue in your peripheral vision. Others it’s screaming, a crushing weight sinking you to your knees and making you crawl, desperate to leave your bed. It’s always there, bleeding into every single aspect of your life, until you’re exhausted even in your dreams. Imagine it’s like this for years.

Having ME/CFS is like falling down a rabbit hole into a parallel dimension. You look on as if from behind a pane of frosted glass as the world goes by, and no matter what you do, you can’t break the glass. You’re still here, technically. You look pretty much the same – maybe a little paler, a little less lively. But your world gets smaller and smaller, and life as you knew it begins to dissolve in your memory, as you drift further away.
Your life is now carefully measured out in units of energy: getting up is one, having a shower is another, having a conversation another – and I’m sorry you had plans, but you’ve now run out for the day.

The word “achievement” takes on a whole new meaning. Where once it meant getting a promotion at work or running a marathon, now it means leaving the house for 5 minutes, getting dressed before midday, or even saying no to seeing friends, because you realise pushing to do anything sinks you down further. “Fun” has been redefined too. In your old life it might have meant travelling to an exotic country, drunken dancing on a Friday night, or simply going for a burger with your friends. Now it can be found in the smaller moments, in hearing a funny podcast as you lie down and rest your eyes, being well enough for your first visitor in weeks, or listening to the rain from your bed. Don’t get too excited though, because your nervous system won’t let you sleep! You may have guessed by now that “rest” doesn’t mean a trip to the Bahamas either, or vegging out in front of the TV. It means lying down, in total silence, in darkness, and not engaging with your thoughts.

Anyone who’s had a serious illness or a health scare will know that you go to your doctor, they diagnose, maybe run some tests, perhaps they refer you to a hospital where a specialist tells you what’s going on. Maybe you have to be rushed to A&E because you’ve suddenly been taken ill, or maybe you wait a while to get referred. Either way, they work out a treatment plan, and you follow it. Perhaps it works. Perhaps it doesn’t and you come back, they suggest something else.

But with ME/CFS, there is no plan, no cure. You’re on your own. Despite your jarring fall from being a functioning human with a social life and travel plans, to being exhausted from getting up in the morning, the burden is on you to try to crack the code of what is going on with your body. You hurtle yourself towards possible theories like oases in the desert. Do you have a food intolerance? Could supplements help? Do you need a better sleep routine? Should you be retraining your brain? Is it Lyme Disease? Vitamin B deficiency? Is it genetic? How long will it take to recover...?

No response from the doctor. You don’t fit into the acute condition world, where the NHS would swoop in to heroically save you, their skills and expertise world renowned. You have instead entered the shadowy world of Medically Unexplained Symptoms and Chronic Illness. They receive little training on ME/CFS in medical school, and NICE guidelines are vague. Maybe some CBT or graded exercise will help?

Whilst you still see yourself as the reasonable, educated and more or less logical person you always were, you are now seen by most health professionals as a liability. Isn’t there usually a psychological element to this? Have you been feeling anxious lately? You’re someone to pity at best, a difficult nuisance at worst. None of your symptoms fit into their box of prescriptions, nor can you even begin to explain what’s happening in a 10 minute appointment (and you really should be booking an appointment per symptom, this is taking liberties!) They’ve never heard of the “alternative” treatments you’re desperately trying for recovery, and suck their teeth at their lack of an evidence base. But this is your life we’re talking about! Your future, your dreams, your freedom. Sitting tight and waiting for a magical cure that no one is researching, is not an option.

Good news! The private sector has stepped in to save the day. Lots of people have recovered from this. One person did neural retraining and got better. Another did acupuncture and a rigorous diet. These supplements might help. You can pay to test for mitochondria function, gut bacteria, adrenal stress, toxic mould...No guarantee anything work for you though…
This is all sounding a bit expensive, isn’t it? Nothing seems to be offered on the NHS. It seems your sick pay has run out, as you can’t work. And as the whole thing is invisible and health professionals know nothing about it, you’re having a really hard time proving to the DWP you should be entitled to any form of benefits just to pay your rent, let alone fund your own treatment. You are so very disabled… but the burden is on you to prove you’re not just making it all up to get out of the government’s noble attempts to “support people into work”. Even though standing up in the shower for 5 minutes had you lying in bed for an hour to recover this morning. Despite your brain feeling thick and foggy, simple words getting lost, answering the phone at times too much to bear. You find yourself in multiple battles with the DWP (wasn’t I meant to be resting and surrendering?!) In the absence of research, your invisible condition is subject to constant scrutiny and judgement from anyone. You try to explain or justify the unexplainable, when even you don’t know what’s going on.
Rapidly you find yourself, when all your body craves is stillness, quiet, rest, in another full-time job, spinning a thousand plates, stuck in a perpetual game of snakes and ladders as you cling to the cliff edge of health you’ve fallen down to and grasp for dear life when it falls even further. You’re constantly searching for another route out of this mess, whilst trying process the grief of everything you’ve lost, with no guarantee you’ll ever have it again…
Like your outward appearance, little is changing. Despite this storm that has turned your life and those of an estimated 34 million sufferers worldwide upside down, there is little public awareness, no government action. M.E. charities work tirelessly but are vilified outliers compared to the big names for cancer or more recognised illnesses.

It becomes very easy for society to stop seeing you. Friends start to slide away as they see their worst fears reflected in you. You’re a mystery, quite possibly incurable, stuck in indefinite limbo…a warning no one wishes to confront. It makes people think, what would they do? Who would be there for them? How would they survive? Those are uncomfortable questions to face, so it’s best to think you were at fault in some way, or to simply forget you. You sometimes feel as if you are disappearing. Your voice, which once shouted in pubs and sang in the shower, now exhausts you just from speaking.

But you’re still here. And the people who matter still see you. Your very being has value. You still want this sweet, messy thing we call life, and you won’t give up.