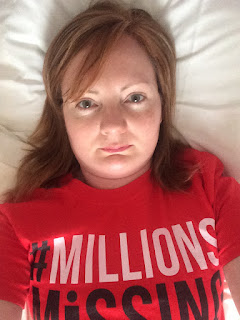 I was born in 1973, East Yorkshire, England. During my years at University studying English and French literature I was struck down with CFS/ME. Back then CFS/ME was a new medical condition and considered as 'yuppy flu' at best and 'multiple excuses not to work' at worst.

I wanted write a series of novels in which a character with CFS/ME could be a heroine. Disability is more accepted by the media these days but with CFS.ME we cannot go on reality TV shows oj join the Paralympics. But I believe all suffers deserve a gold medal for endurance, courage and determination!

I feel people learn best through entertainment rather than being 'taught'. So what better way to help raise awareness of CFS/ME than by weaving a character into a novel where she can speak for use but not depress the heck out of the reader!

I mean, who wants to read about a dull, bedridden and housebound life? Because my heroine, Sophie Lawrence, is care for, supported and loved by her friends, she is given a valuable part to play in the action. This is not the case in real life for most of us.

I hope Little Eden will also inspire those with CFS/ME to believe in their self-value again as feeling worthless is one of the common emotions for us.

As Sophie says, "It's like having the flu everyday but without the snot!" If you have had flu you can imagine what your body and mind feels like with CFS/ME but you ave to add the fact that you will never recover because there is no treatment, no known cause and no cure. Then add the stigma of no-one, even in the medical profession, believing you - everyone is thinking you are attention seeking, depressed and lazy.

More people suffer with CFS/ME than with Parkinson's and MS combined an it is estimated that more that 15 million of us have the condition worldwide. It has been likened to when HIV first broke out. Patients were blamed for their illness and without Princess Diana's help, research would never have been able to find a cause and a cure so quickly. We are still waiting for our Princess Di.

Having ever wanted to be a writer since the age of 5, I finally realised my dream at 45? 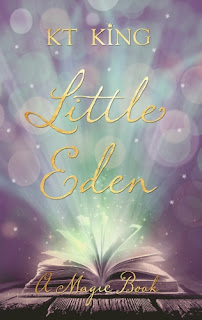 I also wanted to create a novel in which my friends and I could read about our lives. A novel in which we could say - that really does happen and its just like that!

When you are a complimentary therapist, hypnotherapist, healer, psychic and spiritual counsellor the world of fantasy becomes natural. No longer do you want your life to be represented only in fantasy (as it usually contains too many vampires!).

And when you have a chronic illness escaping into a beautiful place is essential. When you are locked inside a broken body, trapped in the house, unable to see friends, family or go to work you need to create a place in which you can find solace, joy and excitement. Mental and emotional health are stretched to their limit with chronic illness and pain.

Due to CFS/ME, I can only ever work a few hours a week. In 2012 I had the biggest relapse of my life and so far and lost my healing business, my home and my independence - having to go home and live with my elderly parents. I spent 2 years in bed 24/7 and then began to write a series of novels in my he'd. Since 2016 I slowly typed it up and then in 2018 I self-published for the first time! When I can write I write but most of the time I am resting or sleeping.

Luckily Little Eden is a place readers want to live in. I wanted to write a novel you can go to for comfort and inspiration and never tire of re-reading it. I love it when my dear readers get in touch.

A review of my book can be found ⇨ here.

2012. Little Eden, London, England.
The beautiful sanctuary town of Little Eden is under threat.
Human greed, selfishness and disregard are about to turn the last 1,000 years to dust.
Robert Bartlett-Hart must make a choice.
With the help his friends (plus plenty of tea and cake), Robert learns that there is more at stake than just Little Eden.
Something lies at the heart of Abbey; something that stands between mankind and Armageddon.
The friends must navigate past lives, other dimensions, and even Heaven itself, to find a way to save Little Eden and themselves.
Will Little Eden survive to usher in a new age, or will humanity perish with it?

This is my website: https://linktr.ee/ktkingbooks. Here you can find a link to my social media accounts, how to purchase Little Eden on different e-book sites such as iBooks, GooglePlay book, Nook, Amazon Kindle and more. There's also a link to my Etsy shop where I sell handmade jewellery and crystals.

At the moment Little Eden is only available as an e-book but I hope to publish it as a paperback later this year if I can find the funds!

Book two in the series  should hopefully be out later this year as well (declines and CFS/ME don't really go together but here's hoping!)