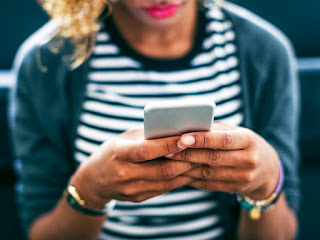 Your phone can be a great thing and these days you can do so much with your phone and tablet and for some people they spend most of their day looking at their phone or tablet but is this healthy? I also recently watch a Channel 4 Dispatches on the environmental impact of our online lives (link here).

Personally I can say for sure that I'm not addicted to my phone or social media. I can go for days without checking in on Instagram and I can put my phone down and leave it (and then forget where I put it!). So I would say that I'm quite good with controlling my use of my phone and iPad and even my Apple Watch despite it being there on my wrist most of the time.

I'm not an expert but these are just some of my tips to reducing your screen time and having a better relationship with technology.

Be mindful when scrolling

This can occur with any app but mainly when using social media apps. Notice when you're spending too long on a particular app or if you're just mindless scrolling out of habit rather than with purpose. Try to set an intention when you go on an app especially social media; this may be to share a post, message a friend or check out a couple of friends profiles and leave it at that. Also be mindful of what you post and think before you click for example "do I really need to share this photo or share this comment?" Also remember that what we see online is just the tip of an iceberg and we don't fully see what is going on i other people's lives; it's a bit like the news where we only see or read what is being reported.

Set up your screen time settings 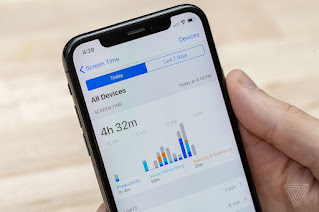 One of the things I've found really helpful for me is setting limits on certain apps and setting up my screen time and down time settings (this may vary depending on what type of smart phone you have.

First of on certain apps I've set a limit on how long I can spend on that app each day, so for example with Instagram and Twitter I limit myself to 1 hour a day. Usually I don't spend as much time as that on Instagram but when I do it helps to reduce how long I'm on my phone for.

Also on my phone I have screen down time setting so between 8.30pm and 8.30am the vast majority of my apps I can't access and I've just limited myself to essential apps only during this time. I've also done a similar thing with my contacts so during my down time I can only contact or receive texts and phone calls from certain people.

Doing this especially helps with my sleep as I'm not getting disturbed when I'm trying to sleep or I'm not tempted to scroll through Pinterest when I should be settling down for bed.

Take a break from social media

Another thing you could do is take a break from social media by temporarily turning your account off and/or deleting the app from your phone or tablet. Sometimes taking a break can be quite liberating, even if it's just for a week and it will give you more time to engage in other things. This might also be good for your mental health as so often we are wrapped in in reading and seeing photo's of other people's lives that we forget about our own lives or we spend ages trying to take that "perfect photo" to share online that it becomes mentally unhealthy.

If you do take a break from social media try to set some goals for your own wellbeing like taking up a new hobby or start engaging in mindfulness meditation or meet up with a friend for coffee rather than virtually socialising online.

Revise who you follow and what groups you're in

Look at what groups you are in online and think about whether you still want or need to be part of that group or look at who you follow and think more about what you want to get out of social media. Think "is being part of this group or following this person good for me?" and often quality is better than quantity. Personally I think it's better to be part of fewer groups and follower fewer people is better and then you can get more out of the groups you are part of and the people you follow.

For me revising what groups I was in and every-so-often revising who I follow has been really helpful. When I first became unwell I joined a lot of chronic illness groups and followed others with chronic illnesses and for a while it was good to be surrounded by others who understood what I was going through. Over time however I started to find these groups a little toxic; some members would be in competition to be 'the most ill', or have the most diagnosis' or be on the most medications or people would unhelpfully compare medications and symptoms and illnesses. I began to realise that these "support groups" weren't supportive at all and leaving them and Facebook was the best online thing I've done. I now just stick personally to Instagram mainly and even there I've revised who follow. Yes I do follow others who are chronically ill, some of whom I've become friends with but I try to follow accounts where there is a healthy balance. For me I choose not to follow people who solely post health related content; for me I'm not interested in photos of pulse oximeters or a bag of saline on a drip stand etc. Again I find with these types of accounts I find some people want to be 'the most ill' - like I one had a friend request (which I declined) and I remember on their bio in bold capital letters they'd put 'seriously chronically ill'. For some they may wish to follow these accounts and that's fine and for some they may want to share about their illness but being chronically ill or disabled isn't a competition and it can be quite unhealthy. There's a documentary about the chronic illness community and I know it's had a lot of controversy but I found it insightful to watch and I did find it relatable in some ways (link here). 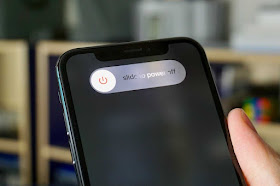 Switch your phone off or leave it in another room

If you're able to, maybe for an hour a day switch off your phone or put it away and engage in something else, maybe read a book, do some crafting, write s letter to a friend or enjoy being outdoors - anything that doesn't involve screens and technology.