One Second Every Day - June: Week 2 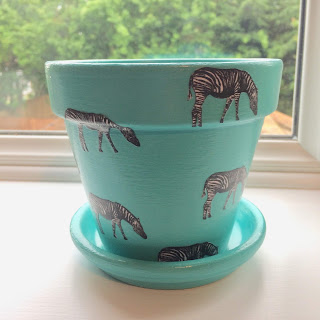 Had Bluebird as usual.
Post arrived. I had 3 parcel redelivers. One was my Superdrug order. Another was my zebra plant pot.
The last parcel was from 'Shine Bright Bundles' which is a parcel of lovely things. It's an organisation that sends out packages to people having a though time with their health.
I then set several alarms to remind me of my appointment this afternoon. I was suppose to meet my advocate at 3pm and my appointment at 4pm. It was a different advocate stepping in for my usual advocate; last time that happened I didn't;t really feel supported and this happened again so I'm going to let my usual advocate know. The advocate I was meeting at 3pm was late and then my care co-ordinator and consultant wanted to meet earlier than 4pm as they wanted to get off home (!) so they gave me 5 minutes for my advocate to show up and then I feel pressured into going into the assessment without support and I didn't;t have the time to debrief with the advocate so she could support me.
I didn't really feel like I was listened to in my assessment but I did get some PRN meds. I rarely use them but at least I know I have them should I get to crisis point. I didn't get my day time PRN even though last time I had them I was on my seizure meds like I am now, but one of my meds the dose is going to be increased so I'll have some in the morning which should help me through the day. I just need to wait for my GP to action that dose increase.
The journey home was exhausting as I had to go the the pharmacy first. But once I was home I just took rested and had an early night and took some of my PRN.

Had the best nights sleep that I've had in a long time. Physically feeling drained and my POTS has been quite bad so I just stayed put on the sofa until my carer came.
I had a wash, got dressed and had something to eat.
I'm stressing a bit about college work but I'm just trying to tell myself ht I need to put my health, physical and emotional, first andI'm telling myself that I can always get an extension.
I've mostly watched TV today due to brain fog but late afternoon I've done a little bit of blog sorting. I also managed to call the council about the ver distinct lack of dropped curbs down our road which makes it very difficult and dangerous, especially as at times we have to travel on the road and there's blind corners, residents not using their driveways so we're literally having to go in the middle of the road and people don't exactly drive slowly.

My new handbag arrived in the post today and I'm loving it. I'll have to ry and do a video to show it off on my YouTube channel. What's great about it too is that I've bought some straps which create some loops to got around my wheelchair handles. I have usually handbag stuff and then medical stuff for my handbag and Ive been struggling to find a bag that big enough. Plus this is like a nice grown-up handbag.
Had an appointment at 12pm. Didn't really do much for the rest of the day.

Woke up feeling awful; not helped by forgetting to take my night meds.
I had a seizure whilst making my breakfast.
I was planning on going out with Bluebird to sort my bus pass out and pick a few bits up from Tesco but I just knew that's be pushing it and I don't fancy a repeat of the last time I had a seizure in Tesco. So instead I stayed in an had a nice shower and I felt a bit better.
I decided to aim for a big win and nip in the car with my carer to the Co-op and get some cash out as that really needed doing. Mandy's going to pick up some whisky for Dad for me that I'm getting him for Father's Day as that one thing I was going to do in Tesco.
When my carer left I got something to eat as I didn't;t have breakfast as I was feeling too sick even to have a frozen Fortisip lolly (I freeze my nutritional supplement drinks into lollies as I can keep them down better that way).
The rest of the day was doing not much but resting.

Woke up around 5.30am in pain. This keeps happening so I'm going to mention it to my GP. I was too uncomfortable to get back off to sleep so I watched something on my laptop. I managed to get back to sleep for a little while but then decided I should just get up and start the day early (well, early for me).
I washed my face and did my makeup and used some of my new makeup bits and Ive been experimenting with eyeshadow looks - I keep meaning to look on YouTube and Pinterest as at the moment I'm just making my makeup up myself.
It felt good to have a bit of makeup on even though I'm not seeing anyone or going anywhere.
I got some lovely post today including some birthday gifts for Monday and I got some post crossing mail and the sender put in a lovely letter to me.
I haven't watched my TV today which has felt good as it does get a bit mundane and boring.
It's been slow going as my POTS hasn't been great today for Dad for Father's Day using a piece of wrapping paper I made a co-ordinating gift tag on the bottle bag, a card, and I decorated a paper bag. 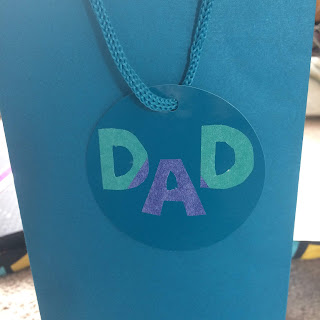 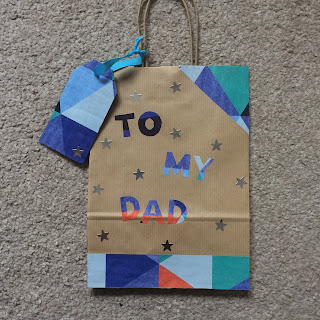 Struggled to wake up this morning but I've been sleeping better at night.
Today's been a sofa day which has felt a bit boring. I've just a had background TV shows on and done some colouring. I've coloured in some postcards and some pages that have quotes on the back which are nice to put into letters.
I'm now feeling quite tired so I'm going for a rest.
This evening I've had a bath; since having my bath lift it's made things a lots easier as I don't need to struggle transferring up and down.
Emotionally i've been struggling so I ended up taking some PRN just to help clam me down and I put on an audiobook and eventually nodded off.


Struggled to wake up again. I was too comfy in bed and probably tired from struggling to get off to sleep until I took my PRN.
I had a slow morning and then around midday I got dressed - I considered putting makeup on but thought there wasn't much point.
Dad's been busy writing school reports but he made some time to spend with me and I gave him his Father's Day presents (ginger ale and some English spiced rum) and we played a couple of round of Rumikub.
I've just finished ensuring my appointments are in my calendar and I've emailed UCLH to ask when my upcoming appointments for gastro and urology are as I don't want a repeat of the other week when we got all the was to the hospital and found my appt had been cancelled!
My plan now is to watch one last TV programme then head to bed. Hopefully bedtime will go better tonight.