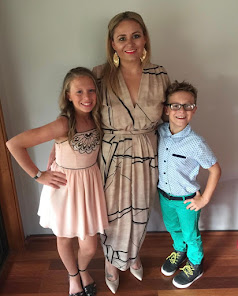 Hi there, I’m Natasha and I’m really excited to be doing a guest piece today on Hypermobility...

I have other conditions: Endometriosis, Adenoymosis and Functional Neurological Disorder.

Growing up I was always extremely flexible and I was simply told I was double jointed and even though I would have a lot of pain in my joints which as a child even kept me up at night, it was never investigated properly. As an adult I started experiencing other problems which are also related to hypermobility such as IBS, bruising easily with thin skin, and of course, dislocations which resulted in regular tears of ligaments and tendons and finally led to the official diagnosis of Hypermobility Spectrum Disorder (HSD).

The sports I played as a kid were mostly team sports and I remember always having these problems where I had weak ankles and they’d simply bend the wrong way, everyone would think I’d broken it, it would kind of pop and I’d be able to carry on although I’d be very swollen and bruised and told “it’s just a sprain”. I started learning to live with the feeling of just being in pain. My main joints dislocating at this point were my ankles and hips.

As an adult I then continued with netball and later took up CrossFit. At one netball game I had a particularly bad fall which resulted in a hip dislocation, ankle dislocation which tore the main ankle tendon as well as some ligaments. My ankle never truly recovered from that and still to this day is extremely swollen. Even at this point I was brushed off for my pain in my joints and range of movement until a physio pointed out that my range of movement was beyond what he would consider ‘normal’ and prompted a doctor to run tests and finally diagnose me. CrossFit was probably not a good choice of sport for me as I pushed myself too hard, and due to my lack of stability in my joints combined with such high weights I experienced so many injuries, shoulder dislocations, hip dislocations and even ribs dislocating from my spine. Also, while pregnant it resulted in major pressure on my hips which dislocated so frequently I was bedridden from around 5-6 months pregnant with my son.

Now, although these problems on their own are really awful, what it meant for me is that from enduring this pain from such a long age and telling myself it was nothing to worry about and effectively ignoring my brain and reinforcing that it wasn’t doing its job properly (this is the likely contributor) to developing Functional Neurological Disorder. Basically my brain doesn’t know how to respond to basic senses and creates pain to almost any stimulus. Unfortunately it also comes with Dystonia which are basically where my limb seized or contorts into shapes which lock hard. The bigger problem for me is that due to my hypermobility it allows my joints to sometimes be pulled out and dislocate.

So how do I fix my hypermobility?

Well, there’s no fix. This is one of those conditions which are ‘managed’. Before I developed FND it was managed through controlled movement and exercises under the guidance of a physiotherapist. The aim was to teach my body to move within the more ‘normal’ parameters like other people where I would have more control and not push beyond that where I would experience dislocations. Of course there are also pain relief medications, however for me, as this is a lifelong condition which I need to manage, I’ve found alternative ways to manage the pain I experience such as meditation and brain training. I have found some apps for meditation and brain training, unfortunately none are completely free, however, I have found some which are cost effective such as the curable app. I do also still see a physio to make sure my movements are becoming stronger and with the correct movement patterns and control.