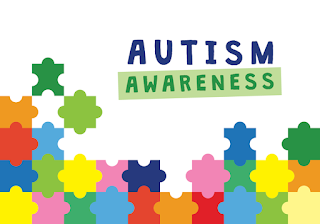 If I say the word 'autism' to you, what pops into your mind? Rainman? Sheldon from The Big Bang Theory? Shaun from The Good Doctor? Portrayals of autistic characters in the media have done a lot of harm in creating narrow stereotypes, whereas the scope of autism is much wider in reality.

I'm female & in my late 20s. I started to speak at the average age & don't have any learning difficulties. I'm not obsessed with trains or computers and don't have any savant skills. I have friends. But I am autistic, although you probably wouldn't know unless I told you.

Throughout my childhood & teenage years I was acutely aware that I wasn't like my peers. I didn't fit in & was always an outsider. I thought differently & had different priorities than them but couldn't understand why no-one else was like me. I loved learning but school was lonely.

I originally diagnosed myself as autistic in my late teens/early 20s, then a few years later had it officially confirmed. Suddenly everything made sense. I wasn't just 'weird' or 'odd', my brain was wired differently than the majority of other people.

I'm proud to be autistic. Yes, it makes some aspects of my life harder but it's an intrinsic part of who I am & without the autism I wouldn't be me. I'm trying to become more confident about appearing autistic in public but after so many years of 'masking' (hiding my autistic traits) to better fit in to society, it's hard to be my true self with anyone outside of my immediate family.

Autism often affects women differently than it affects men & so is commonly missed in women. If you'd like to find out more then have a look on the Internet for common autistic traits in women. If you think they describe you & want to seek a diagnosis then talking to your GP is a good place to start. There are also lots of online support groups which I find beneficial.