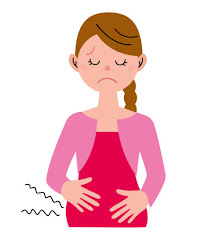 April Is Irritable Bowel Syndrome (IBS) Awareness Month. If you’re reading this you may have not even known - I certainly haven’t seen it recognised in the way that it should be. I find that often people believe that just because an illness is common, that it can be easily controlled. Unfortunately, just because this illness is common, doesn’t necessarily mean it’s less debilitating. So, if you’ve heard of IBS, which you probably have - here are some things you probably don’t know about it.

IBS is a chronic illness in which a patient may have a group of gastrointestinal symptoms, such as cramping, pains, nausea, indigestion, vomiting, diarrhoea and/or constipation, and much more. Patients typically receive an IBS diagnosis when other conditions are ruled out via endoscopy/colonoscopy.
There are three versions of IBS, which are IBS-D (Diarrhea), IBS-M (Mixed), and IBS-C (Constipation). With IBS being so unpredictable, it is very possible that a patient can be diagnosed with one form that later escalates into the other. For example, when first diagnosed, I had IBS-D. Now I struggle Heavily with IBS-C.

I was diagnosed with IBS when I was 17.
80% of people with IBS commonly have a condition called SIBO - an even bigger monster. I was diagnosed with SIBO (small intestinal bacterial overgrowth) in the spring of 2018, and nothing in my life has been quite the same since. Additionally, 50% of people living with IBS will be diagnosed with Fibromyalgia. I was diagnosed with Fibromyalgia in December of 2018. I often hear people say “it could be worse”. Believe me, I am so well aware of that. But, just because you can’t see this illness, doesn’t mean it’s not there. This is why I’d like to give you a general glimpse into my life with IBS.
IBS is waking up each day not knowing how your stomach will react to the day. IBS is being horrified of eating certain foods because you’re never sure what your body will agree with, or how easily you’ll gain weight simply just from eating. It’s watching people eat whatever the hell they want and mourning the fact that you can’t do that anymore. It’s locating the bathroom in every single new place or building you go to. It’s having to bring your own food everywhere you go because it’s easier than letting someone know what you can’t eat. It’s trying to treat it’s comorbities, while also trying to find medications that won’t make your stomach go insane. It’s missing so many days of high school, college, and even work because your stomach has a mind of it’s own. It’s trying to eliminate as much stress, anxiety and depression in your life as possible, because it will make your IBS flare up - and even then it might flare up anyways.
I never imagined that IBS and additional chronic illnesses would have such a huge impact on my life - especially at the age of 23, but here I am. Some days it seems like there is so much that this common, underrated illness has taken away from me, that I forget to remember how much it’s given me. IBS provided me a strength I didn’t even know I had. IBS reminded me to take care of myself, something I have struggled with my whole life - as I’ve always been really good at putting others first. Most of all, IBS showed me who the truest people in my life were, and gave me an online community of incredible people that understand me like no one else on this earth.

I've been listening to a mindfulness meditation series on Headspace about self-compassion. In each meditation the narrator gets you to r...