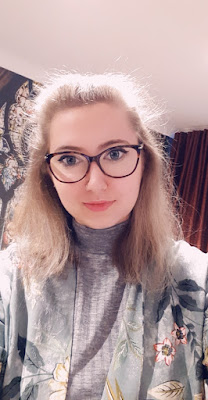 Prior to being told I had FND, I’d had glandular fever 4 times between the ages of 12 and 16, and had also been told I might have ME (otherwise referred to as Chronic Fatigue Syndrome) due to the fact that I was so tired and achy all the time. But my doctor was reluctant to ‘label’ what I was feeling, so I tried my best to ignore it and carry on with life. I was also battling with some serious anxiety which got worse and worse between the ages of 15 and 17. I got to the point where I was having panic attacks daily and at one point, couldn’t leave the house without having one. But I managed to pull myself out the other end, went to college, and then started working at a nursery. I worked there 5 days a week, in a retail store on a Sunday, and was training to be a ballet teacher as well as dancing multiple times a week. Technically I was a fit and healthy person...

In September 2014, I had a migraine – I didn’t find it unusual because I generally got a migraine 3 or 4 times a year (they run in the family). I told my sister I had a migraine, took myself to bed and put a cold flannel on my head preparing to sleep it off… but this time, I knew something was different. My head was pounding, I felt very sick and I tried to get out of bed to rush to the bathroom only to find my legs weren’t working. I flopped onto the floor. Scared and panicking, I tried to call out for my sister, but my words came out as weird sounds and grunts. At this point I started crying out and screaming whilst trying to pull my body in the direction of the bathroom, heaving the whole time. My sister heard me, saw I was about to be sick, and honest to God she turned into super woman. She’s 14 months younger than me (and is now a qualified nurse – so that says a lot about her character) she was just as terrified by what was going on, but she dragged me to the bathroom and called my parents immediately. It was on the flood of the bathroom where my body started to cramp and contort. I could feel my legs, but couldn’t move them, my arms twisted up in cramp, and my face dropped on the right side. I thought I was having a stroke, and so did my sister. She dialled 999 and my parents got home shortly before the ambulance arrived. They were shocked by what they were seeing, as anyone would be; I was fine before they left to go for a meal with friends.
The ambulance arrived, and they weren’t sure what they were seeing, but concerned I was having a stroke, they got me in a stair chair, then loaded me into the ambulance. I was taken to A&E where I was constantly asked how much I’d had to drink, and judged when I couldn’t talk to answer questions or uncramp my twisted arms when they wanted to take blood. Eventually when they believed I wasn’t paralytic, I was sent for a CT, things such as aneurism and tumour on the brain being thrown around. If I was scared before, I was bricking it at that point.
Eventually the symptoms eased, leaving me exhausted, sore from the cramping, and ridden with fear. I still couldn’t move my legs, but I was just hoping that they would go back to normal like the rest of me. My CT scan came back clear and the doctor told me I probably had a small bleed on the brain, there was nothing anyone could do, and then sent me on my way. We were sat around for ages, and he returned asking why we hadn’t left… We just stared at this doctor, supposedly the most intelligent person in the room. I remember the blank look on my mum’s face when she said “Well, Amy can’t move her legs…” And when the doctor looked equally as blank, she added “…Could we have a wheelchair?”
I remember going home feeling a combination of things: relieved I didn’t have a brain tumor, embarrassed about making a big deal out of what seemed to be nothing, confused about what had just happened to my body, scared that it would happen again, and disappointed in the A&E staff. I don’t remember getting home, or getting in the house. I just woke up the following afternoon on the sofa. That was the first time… just over 4 weeks later it happened again… then 2 weeks later it happened again… every week for 3 or so weeks I was having these attacks calling an ambulance every time and being sent home where my dad wheeled me around on an office chair to get me back into the house. It was starting to happen every few days, and then every day.

I was at work one Sunday when I noticed the signs – migraine, blurred vision, pounding headache and cramp in my face, arms and legs. I called my supervisor immediately and asked him to call an ambulance and my parents before I lost the ability to speak to him. My parents arrived, then the ambulance crew. I was pumped full of diazepam and it made no difference. I was then presented with the option to be taken to a different hospital, something that had never happened before. They told us that there was a Neurology department at Walsgrave University Hospital in Coventry, so they took me there. I was dosed up on morphine and don’t remember the journey, don’t remember much of anything. When I woke up, I couldn’t move my legs, and I’d been admitted. A Neurologist came around and I remember this so clearly. She told me that I didn’t have a bleed on the brain, that I didn’t have a tumour and that my life wasn’t in danger. She told me that I have FND – Functional Neurological Disorder. She told me that my brain isn’t sending or receiving signals to and from my body properly; that if my body were a computer, it’s a software problem and not a hardware one. She told me that there isn’t really a treatment, but that she would give me a website to look at and discharge me. I started crying then, full on bawling. The doctor looked confused, and I remember her starting at me and saying “You don’t seem happy with that diagnosis…”
I wasn’t. Mostly because she’d just told me there wasn’t any treatment, and that she was going to send me away from the hospital with an address for a website… I mean, come on… At the time I thought I would rather have a tumour or a bleed on the brain, because those things can be operated on or removed and then they’re gone. This… All I had to cope with severe cramping, migraines, loss of speech, loss of movement in my limbs, all I had was a website, an office chair to be dragged around on, and three jobs I could no longer do.

I was referred to a Neuropsychiatrist at The Barberry in Birmingham who could apparently help me manage my symptoms. I was on the waiting list for 12 months before getting an appointment with him, but I can honestly say that my neuropsychiatrist has helped me so much. I went to CBT for non-epileptic seizures, a support group for FND, CBT for chronic fatigue, had a sleep study done to make sure there wasn’t an underlying condition making my symptoms worse. He got me on mediation that controls the migraines and in turn, prevents me from having ‘attacks’ so frequently. Through all of that he helped me identify the main triggers for my symptoms. He can’t take all the credit for me getting to where I am today, I also have facebook groups to thank for that. Being in touch with other people who have the same condition, other people that have the very same symptoms as me, that’s the main reason FND hasn’t driven me insane over the course of these 4 and a half years. Although I have constant muscle weakness in my legs, I can walk a bit, mostly use crutches and can use my wheelchair to get around outside the house. I have seizures every 4-6 weeks instead of multiple times a day. I can function somewhat normally provided I avoid the following things:
My Symptoms To Date:

All in all, my life has been turned upside down in a short space if time, and it's the same for many others suffering with FND. And just like any chronic illness, if affects the people closet to you as well, mostly your family. My mum is now my carer and my sisters adopt that role too when I need extra help.
It's because of all of this that I decided to start up my own Instagram page where I would share my story, experiences and coping mechanisms as well as my achievements and a little bit of positivity. I always say, if you don't laugh you cry, so I'm hoping that one of my posts might reassure someone or even cheer them up. Basically just trying to do my bit within the FND community.
If you'd like to follow my Instagram I'm @fndautology

I am taking part in the Rollerthon with my friends and family on the 12th of May to help raise awareness for FND, and funds for FND Hope UK. I will be posting updates on the day.
If you can't donate anything at the moment, it would be amazing if you could share the link and my story on social media in order to help raise awareness for FND!
www.justgiving.com/fundraising/Amy-rollerthon