What is an eating disorder!? Is it a walking skeleton? Or someone who purges? Is it someone who excessively exercises?

I state that it’s much more complex that the typical picture that we see! The mental torture of what goes on inside the mind of an individual with an eating disorder is so complex, a simple sentence can’t describe it!

If you really truly knew the pure excruciation of the pain that one puts their body and mind through just so they can numb the pain of the world or have some sort of control in a planet that seems so out of control. People can glamorise this illness quite well, which is not the truth when your actually suffering or are close to someone suffering!

An eating disorder is so complex! It’s someone lying in a hospital bed being restrained to be tube fed. Its where your hair falls out, in clumps, and fur like hair grows on other parts of your body to keep you warm. It’s were you're sectioned in a psychiatric ward whilst begging for them to let you go! It’s where you’re so cold to the bone, even when the sun is out, you can’t heat up. Where your teeth are eroding away, that is the ones that already haven’t fallen out due to excessive purging! Wait there’s more! There’s the humiliated face when someone has caught you scrapping through the bin! Or when you have bought £40 worth of binge food that you wouldn’t dare anyone see because of the shame you feel! Or the constant hospital visits because your electrolytes have plummeted, yet again, so you have to get bags of IV fluids just to normalise them! Or where you are consuming too many laxatives or diet pills! Or when you have damaged your body so much you end up with osteoporosis or heart or organ damage!

Who could ever glamorise this! A true torturous mental illness, that not always is visible to the eye! It’s where an individual feels so much hate and disgust towards oneself that they punish themselves! It’s where you can look in the mirror and genuinely see something totally different than what everyone else sees! It’s living hell! Complete and utter torture! It doesn’t make sense and is completely different for each individual suffering! I say suffering because it truly is suffering! It’s not something you choose and ironically not something you can control! It’s out of the sufferers control! It’s a minute by minute, hour by hour, day by day-pain! It’s not something you can explain because it doesn’t make sense! If it was just as easy as to “just eat”!

Eating disorders don’t discriminate: it affects boys and girls, men and women, of any age, race or sexuality! It can affect anyone, at any time and can creep up when you least expect it! It’s a messy illness that steals your independence and life! It’s a killer! And it can kill anyone at any time, at any weight! Weight is just one factor of an ever continuous list of struggles. “You look really well/healthy” is a statement that literally translates to a sufferer as a heart wrenching “you look fat” don’t ask me why, because it doesn’t make sense: why wouldn’t we want to look well! But we don’t! Yet we do but we don’t! See! It doesn’t make sense! We may look well to the eye but be suffering so excruciatingly behind closed doors! It’s such a secretive illness! You don’t want people to know the secrets that lie behind closed doors!

It’s an illness that can destroy a family! It’s a family illness! No matter how strong a family are, it can drag everyone down with it! The pain watching someone you absolutely adore, hurt themselves and there’s nothing you can do but watch! That can be more painful than the sufferer! To care for someone struggling can create so much tension, hurt and anger! Really all a loved one can do is, keep loving them and listening to them! Trying to understand! The more a family member or friend tries to help, the more the sufferer can run away! It’s horrible! The person suffering had to be ready to make the change no one can do it for them!

Eating disorders have the highest mortality rate of any mental illness out there! 1 in 5 suffers of Anorexia will die, either by suicide, malnutrition or organ failure - that's the reality of it! It’s scary, once your in the world of knowing people with eating disorders how many people you start to lose! It’s an illness that needs to be taken seriously! And it’s not as simple as just eating! The mind of an eating disorder is so complex, even sufferers can’t explain it! It’s got so many complexities and contradictions, I don’t think we’ll ever be able to explain it in a single sentence! It’s a debilitating mental illness that can be hidden for years!

This is Eating Disorders Awareness Week and this is one persons way of helping make people not judge someone suffering. Please try to understand that an eating disorder is an illness, not a diet gone wrong! 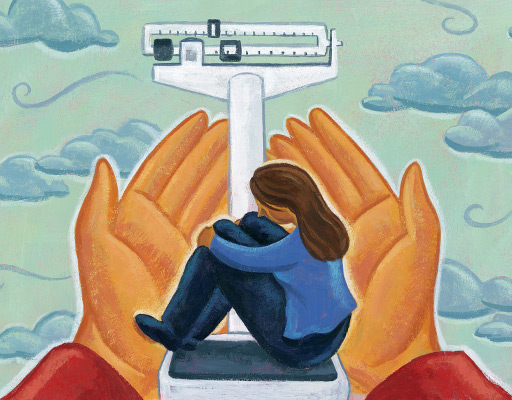