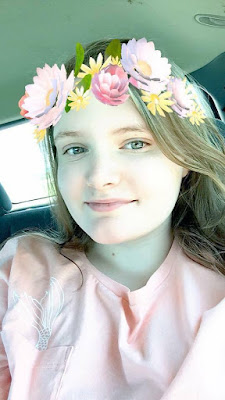 Today’s the day, that I not only love; but I hate with that same part of me. Well, let me back up a bit. In October of 2013 I had dislocated my hip, something I was told “That can’t be possible, without an injury.” And “That I was faking just for attention.” When clearly, that wasn’t the case at all. They done X-ray, after X-ray, scan after scan, and had taken more blood than I had EVER seen in my life. Finally, for a man to walk in my room after 3 am on October 16th 2013 and diagnosed me with Juvenile Idiopathic Arthritis. This took OVER 3 weeks of being in the hospital. We (my dad, the doctor, an i) talked for well over two hours about how, and why this went undetected and undiagnosed for so long. He said “I have no idea, it’s been there all along” You see, when I was little I was a very very sick child (constantly having pneumonia, lung and chest infections, and being very prone to being sick) every time, they gave me steroids and my inflammatory markers would drop. I’d go back for a check up after a few days, and my inflammatory markers were down), back to my normal doc (that treated my asthma) several weeks later, and my inflammatory markers were sky high again.

You see, every time my inflammatory markers would rise, they’d instantly think it was my lungs or asthma and put me back on steroids (because you know, it worked before!) So therefore no one ever done the digging as for the exact reason why my inflammatory markers were always high. They never put together my knee problems, the inflammatory markers, and the wanting to use my other hand; could be arthritis. Now, I’m not mad at my past doctors for not realizing it, by any means. That’s not what I’m saying at all. What I’m saying is, back in the early 2000’s (or very late 90’s) there wasn’t all of this medical technology around. Okay well, some of it may have been. We just didn’t have access to it in a very small town in Ohio.

The doctor came back early the next morning and hooked me up on some medications to help my arthritis, as well as talking more to us now that we had some time to let it sink in. He said that later that day I would need at least one more test. We gladly agreed, because he was one of the only people to believe me and because of that, other doctors now believed me. After that scan (within just 10 minutes of me being back in my hospital room) he walked in to inform me and my parents that I “Passed with flying colors” which was the first time ever, that specific phrase wasn’t so good. I literally did “pass with flying colors” as it came back positive and the screen was lit up with many different colors on different bones and joints in my body. They got me back on my feet to see him outpatient and I got to go home.

Through the many weeks, months, and even years of being diagnosed. There’s been a lot of “This is it,  this is what we’ve been waiting for!” To only be let down with something to the effect of “This isn’t good.” Or “This medication isn’t working anymore.” Or even that “I was denied for a trial, because my age (17.5) was “too young” to be considered in their 18+ age group. Only because within the 6+ months to go through the testing, meetings, blood work, scans, new doctors visits. All before I could even start the medication HAD they approved me. **Spoiler alert: I got accepted almost 2.5 years later. And once again, the medication didn’t work of me!**
Or being told “That if you try this medication, there’s a possibility that you won’t ever be able to have kids.” Or “That you’ll never be able to live by yourself, because with constant new medications, you never know when something could go wrong. “

It’s been just a few days shy of five years of this. Five years since I’ve been diagnosed. And here is what I’ve accomplished since then, because I’m #StrongerThanArthritis


And most importantly
I NEVER GAVE UP!
Even when it hurt so bad, even when it takes them 8 tries to get an IV so I can have the medication that improves my quality of life, Even when I’m throwing up so much that I can’t even think straight, even when I’ve been discouraged because if I wasn’t sick I’d be in college or about to graduate from college, even when I’m told no, or that “It isn’t humanly possible” I still push through.

Honestly, I couldn’t do this If it wasn’t for the unconditional love from my dad. No matter how many times I get extremely scary or disheartening news from the doctors, he doesn’t even flinch. When I know it’s scary for him too.
He holds my hair back while I’m throwing up, gives me shots (the kind with medication, not alcohol. Nobody take that the wrong way), holds my hand when I’m having a really hard moment. Let’s me cry for enough time and then says “Alright sis, this is horrible and I know it. But you need to get your sh*t together so we can conquer this too. “
He chases down the nurses for my meds, calls doctors when I can barely get out of bed, and goes to every single appointment with me.
That, ladies and gentlemen is unconditional love. He doesn’t HAVE to do any of this. When I turned 18, he could have said “Alright, you’re on your own” but he didn’t. He’s pretty great too!