14th May 2018 marks the start of mental health awareness week, a week dedicated to raising awareness of a very un-talked about, hidden away subject that will affect us all at some point in our lives. Whether it's ourselves affected or someone we know who's live is impacted by mental illness this week is dedicated to destroy the stigmas attached to living life with a mental health problem.

In the UK alone each year 1 in 4 people will live alongside a mental health problem. I am part of the 1 in 4 statistic.

I personally live with 'somatic symptom disorder' - (I have psychosomatic vomiting and pain); social anxiety; depression; panic attacks; and dissociative attacks where I hallucinate and become disorientated and confused.

People view mental health problems very differently to the way physical problems are viewed however mental health problems affect nearly all of us at some point in our lifetime and in a lot of ways affect more people than physical health conditions. You wouldn't say to someone having an asthma attack "cut it out and just breathe for crying out loud!"; "I understand that you can't stop vomiting but you just need to make an effort with your life!"; "Have you ever tried just not having cancer?" but some how it's okay to tell people with mental health conditions to just "get on with it" to make them feel like they're not even making an effort to live their life or speak about their condition as though it were as simple as not speaking about the condition anymore and it'll disappear.

We all deserve to be listened to when we are struggling with our mental health. We all deserve to have someone we can turn to say to them "I'm really not okay". We shouldn't be made to feel ashamed because we're struggling. We shouldn't be made to feel crazy because we are living with something out with of our control. If those suffering with mental health conditions could they'd chose not to have the condition but it's not a choice. 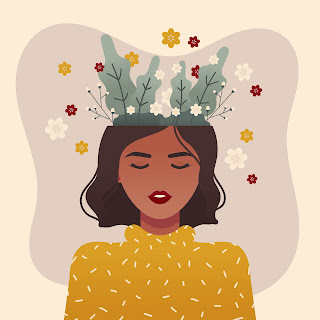