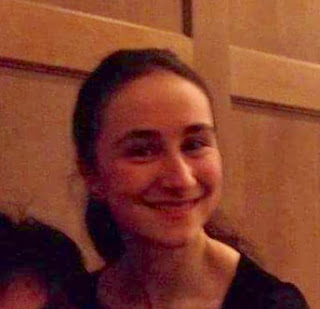 It reached boiling point on my 21st birthday. As others that age would be out celebrating with friends, I was in the hospital staring at an apple a friend had brought me. They had decided against cake to lighten the mood, and so we stuck a candle in the apple and celebrated that way. I still didn’t eat the apple that night.

The run up to that moment had been building for a long time. I’d been regularly admitted to hospital for electrolyte issues that arose due to my eating disorder and its complications, but the week coming up to the event had been filled with fun and planning with friends for a trip to Dublin for the University fencing inter-varsities.  I’d previously competed at the student 5 nations, and so was representing University of Ulster at the all Ireland event. I'd worked hard, but perhaps unlike some of our competitors, we didn’t take ourselves to seriously and mainly competed for the fun.

That weekend, I struggled with the travelling, and initially had to rest on the floor of the Europa bus station as I didn’t have the stamina or energy, despite this I put on a brave face and really tried my best to eat more regularly and engage in self-care, I didn’t want to let my team mates down, even if we were only really competing for the fun. It was the first sign of what was going to be a disastrous few days.

On the first day of the competition, while I was decked out in my protective gear and trying to compete, the teams coach and those running the event decided I was not to compete. They worried that if I did compete, that I’d die on the piste as I competed. I was shocked and angry at the decision and I couldn’t understand their reasoning or logic. I knew I struggled and wasn’t too well, but it was now my everyday life, and it was infuriating to have others make decisions on my behalf without consulting me. My friends rallied round and tried to make me feel better, and we threw our focus into the main party that evening and I got dressed up to impress in my then favourite dress that was loose, flowing and black. I loved it as it didn’t cling to me and I could hide my body away in it.

My health worsened over the weekend, and the final trip home was shockingly sickening. I arrived back at University trying to see the bright side of having had a weekend with friends and not the annoying aspect that was the eating disorder beginning to control every aspect of my life. I know look at my ongoing relationship with an eating disorder as a bit like a pie chart  - no pun intended. There are different segments of the chart for varying parts of my life, but they are all the same colour, just different shades. The eating disorder tints everything and slithers into all aspects of life.

I went to bed that night, feeling very sick and during the night woke with a terrible abdominal pain, standing up from my bed, only to fall to the floor and be gagging up stomach bile on my hands and knees as my heart raced a mile a minute, it happened repeated as i tossed and turned unable to get a restful sleep. I genuinely thought I was dying and irrationally feared the thought of dying in a dirty flat, so took to cleaning in my underwear as I was also boiling, something that was unusual to me as I usually felt very cold. I had this irrational thought that if I died and someone came into the room that their only thought would be that I lived in a mess, a reflection of how little I thought of myself or my value in the world.

During the night, unfortunately the fire alarm went off and as I was the residential assistant I was supposed to aid the evacuation of my block, instead in a dizzying and sickened mess I legged out in my underwear with only a towel, confused and scared as I’d been woken from a pained sleep. Someone, I'm not sure who, came over and helped me back to the flat and I returned to the tossing and turning that had plagued me.

The following morning was D –Day, the day had started as usual; I’d woken up with an ache in my tummy, my heart fluttering and every step feeling leaden. My usual go to options of diet energy drinks and fruit tea helping fuel my way to class – but only barely. I was already having quite harsh palpitations after the short walk from halls to class, both of which were on the University campus.

Around this time period, people had taken to offering to drive me the short distance as I was struggling so much, and the conflict of the simple lift versus the potential exercise of the short walk was agony both emotional and physical. The staff who worked at the University halls would help me with my bags from the shop, even though I lived directly above the shop.

While in University, I collapsed in the corridor near my class, and I rang around people desperately, I didn’t feel I deserved to call an ambulance and wanted a friend to come with me in a taxi as I didn’t want to be alone. A lecturer who knew I was to have medical assistance if I collapsed actually saw me and walked over my prone form as I desperately tried to get some help. Most friends responded with the stock answer of, ‘but you’re always in hospital, can it wait?’ but finally a friend agreed to come with me and left class to find me. She spent time winding me up and we giggled as a I clutched my aching stomach in the taxi. The taxi driver was horrified when we arrived, as apparently i had worsened significantly in the short 15 minute journey, and offered to help me walk in, but being stubborn I walked in myself along with my friend.

I remember ringing my mum and her thinking I was joking I was there, up till now my eating disorder had been a secret, albeit known by everyone, but no-one mentioned it and so I still felt secure in the secrecy. I’d told my family I was at university or a friends when in hospital, because I worried that people would know and get between me and the eating disorder, which despite its deeply entrenched claws, acted as a security blanket. Much like an abusive relationship, when anyone had tried to get between me and it, it had whispered to me that next time wouldn’t be this bad, I’d never be in hospital again, it would be better. If I had tried to leave it, I had taken re-feeding syndrome which can be life threatening, and so when leaving the abusive dynamic its final act was to try and kill me, every single time I attempted to. It was safer to stay.

The Doctors in the hospital had been horrified that i’d walked into A+E, they told me my heart wasn’t beating, but fluttering and spurting blood and shown me a very disturbing ECG result, which looked like I was almost flat lining, I’d been surprised as my attention had been on my abdomen and not my chest, but I later found out some women can mistake a heart attack for abdominal pain.

I spent the next 8 days in hospital, and during this period I finally agreed to inpatient treatment, however on the 8th day at approximately 2am while I awaited the transfer ambulance with my Mum, we were informed the plans had fallen through. Due to being a University student who was registered at home and receiving services in a different trust they were refusing treatment. I’d agreed and my medical team had put the plans in place to go on medical leave, in doing so I lost my place in University Halls and therefore my address in their trust. They claimed i was now homeless and would default to my Mum's trust. The hospital I was in was the Mater in Belfast, and because my University was in the Northern Trust and the nearest Hospital was the Belfast, the Belfast hospital felt uneasy discharging me as I was now a vulnerable adult with no address of my own. My mum took me in and despite the seriousness of my health I spent the following month at home with her awaiting any sort of support service.

Eventually, a letter came, and when there my family begged me to plead for inpatient services, the therapist agreed to discuss it, and that evening I went onto a mental health ward. It was daunting and scary, and my eating disorder decided not to give up without a fight, and while there my physical health deteriorated quickly that evening and I was transferred to the general hospital.

I spent three months as an inpatient, and because the services were mainly weight restoration and not therapeutic, I left hospital feeling trapped in my own skin, in a body I didn’t recognise as my own, and with long term physical health complications that had arisen during my stay, which they now think were caused by the form of help I received. I don’t regret my stay, but I didn’t get well.

People forget that eating disorders can affect people at any size and weight isn’t the key to the whole issue. My weight did go up, but I didn’t get better, its a battle I struggle with daily. Recovery isn’t linear, it is individual to everyone, and no-one has matching journeys. I spent years reading self-help books, every expert thing on the topic I could striving to find an answer to fix myself without having to inform my family, as i didn’t want to upset them. No-one has the answer, I don’t have the answer. I know I’m not recovered, and that's ok. Some people don’t fully recover, but where I am now is better than where I was, and thats the main thing.

When I was obsessing over the end result of ‘recovered’ I missed the small ‘wins’ of the here and now, the small blessings that showed improvement in one area. Your journey is individual to you, and there is no right and wrong way of doing it, I did lose some friends by becoming open about my illness and struggle, but those I kept have been amazing. It is better to be open and supported than alone and struggling. As my sister says, when I becomes We, even illness becomes wellness. 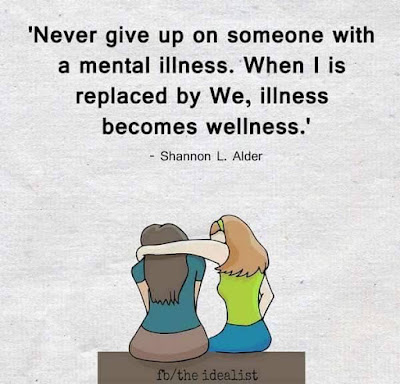 If I had one piece of advice to takeaway, remember that when people seem angry and uspet at you over your eating disorder, they aren’t angry at you, they are angry at the illness. You might share a body, but it isn’t you. Once I learned that, it made discussing my illness and issues a lot easier with others. I promise you, being open was the best thing I ever did.