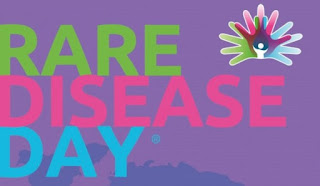 Today is World Rare Disease Awareness Day. A day dedicated to spreading knowledge and awareness on the world's most rare illnesses. 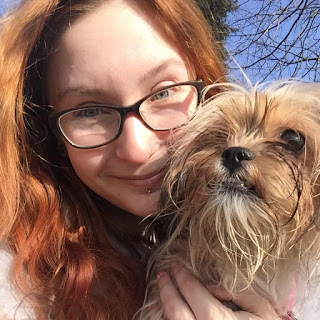 Most people, go through their whole lives completely unaware that most of these rare disorders exist.Though some like myself, are sadly very aware, as they live with such every single day.

My name's Natice, I'm 24 and live with several illnesses  3 of which are classed as rare.

Today I'm going to focus on a disorder called Syringomyelia.
Syringomyelia is a rare disorder in which a cyst forms within your spinal cord. As this fluid-filled cyst called a syrinx, expands and lengthens over time, it compresses and damages part of your spinal cord from its center outward.
It is considered a rare disorder due to only affecting 8 people per 100,000. In comparison, cancer affectsmore than 1 in 3 people showing that Syringomyelia is not a common prevalence.
The majority of cases of syringomyelia are associated with a complex brain abnormality known as a Chiari malformation. Additional causes of syringomyelia include tethered cord syndrome, meningitis and spinal trauma. In some however, no cause can be identified and the reasons for this is still unknown.
Damage to the spinal cord caused by a syrinx can cause symptoms such as progressive pain, stiffness, numbness and loss of feeling in the body depending on the location of the syrinx in the spine .
It is a progressive illness that can lead to bladder and bowel incontinence, gastrointestinal disorders, circulation issues, severe muscle weakness and and muscle wastage.
Many also develop spasticity in the legs and uncoordinated movements (ataxia), eventually affecting the ability to walk. In severe cases, paralysis of the arms or legs can occur.
Treatment for Syringomyelia depends mostly on the cause, where Chiari Malformation is present, a posterior fossa decompression is performed whereby a small amount of bone from the skull is removed to reduce pressure on the brain and decompress the brain stem. In cases where a Chiari doesn't exist but symptoms are severe a shunt can be placed into the syrinx in the spine to release the pressure however this comes with great risk and often causes greater spinal injury. Most patients are monitored with yearly scans to track the progression and treat the symptoms where possible to prolong surgery.
My aim for life with this disorder is to make the most of every day and achieve as much as I can. 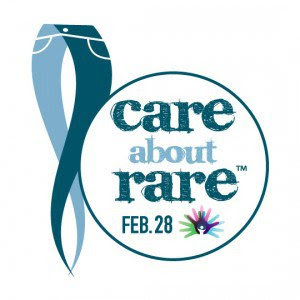 Take the time today to contact someone you know with a rare illness. Ask how they are, take interest in their well-being and show them you're there for them. Compassiom and kindness from friends are one of my biggest spurs to keep going .
Care About Rare!